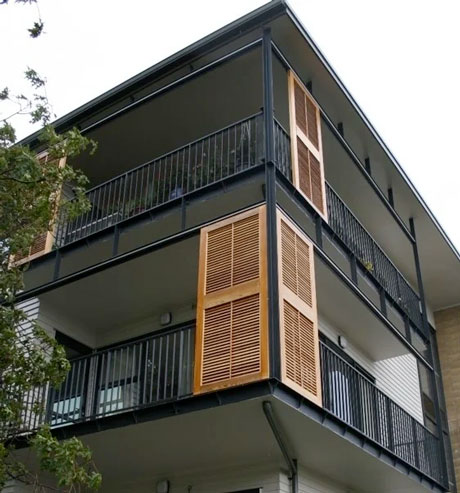 SHUTTERS: THE CHEAT CODE TO IMPROVED CURB APPEAL WHEN SELLING YOUR HOME

SHUTTERS: THE CHEAT CODE TO IMPROVED CURB APPEAL WHEN SELLING YOUR HOME

You’re selling your home. After years of living in one place, you’ve finally decided (or your situation has decided for you) that it’s time to move. Now, it’s time to make the most out of the space that gave you some of your most precious memories.For anyone moving, it can be difficult to detach the emotional attachment to a home with the practical need to sell it for as much profit as possible. A number of possible renovations may actually change the essence of what made you fall in love with the house to begin with.
But one example is the exception to that role: installing shutters to improve your home’s curb appeal. 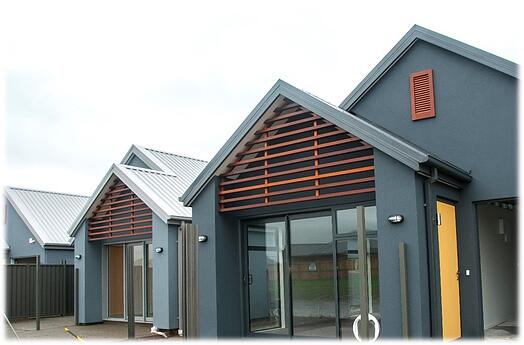 The Importance of Curb Appeal in the Property Market

It might seem like a cliché, but that makes it no less true: first impressions matter. Even a major decision like buying a house, driven by several rational factors, ultimately comes down to the ‘feeling’ that the homebuyer has about their potential home.

That feeling is influenced especially strongly by the first time they see the home, which is why curb appeal matters to begin with. When your potential buyer pulls up to the house, and they see a well-maintained and inviting exterior, they’ll be much more receptive to anything the interior holds.

This is not just speculation, either. In fact, the Australian Bureau of Statistics noted in their Residential Property Price Index last year that a lack of external appeal can lose home vendors an average $90,000 on their selling price.

Especially if your area faces a high supply and low demand of homes in the market, a low curb appeal can prevent you from selling your property altogether. When two homes are identical, buyers almost always choose the one that looks nicer and just ‘feels’ better.

Shutters: A Painless Way to Improve Curb Appeal and Function

Fortunately, curb appeal is not just one of the most significant issues you have to address when selling your home. In addition, it’s also one of the variables you can address most directly. Painting your exterior wall, or keeping your lawn and hedges properly trimmed, are both valid options. But you can also go a step further, installing new shutters on the windows.

Exterior shutters on your home can significantly improve its appearance. They separate your home from others on the street, making it stand out with a unique touch to your windows. Regardless of which individual shutters you decide on, their impact on your home’s exterior appeal is undeniable.

At the same time, shutters are far more than just a visual enhancement. They will improve your home’s thermal control, being up to 50 per cent more effective than curtains at keeping the heat in during cool days and vice versa.

In other words, shutters are more than just a quick and effective way to improve curb appeal. They also increase your home’s value in the eyes of potential buyers by improving its energy efficiency, a sought-after trait in an increasingly energy-conscious country.

What If You Don’t Sell Your Home Right Away? 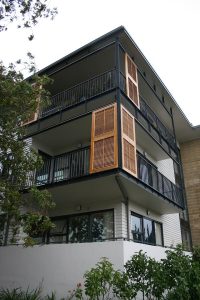 Of course, even despite any improved exterior appeal, your home may not sell right away. Even in that case, shutters are a wise investment. Some renovations you might undertake to better sell your home require a major effort on your part, including an investment you might not recoup. That this is not true for shutters is a major argument in its favour.

But it doesn’t end there. Because shutters add functionality to the stylistic appeal, you will benefit in other ways, as well. Your heating bills during winter, for instance, will almost assuredly lower, minimising your costs as a result.

Also, don’t forget about the privacy aspect connected with shutters. They allow you to keep prying eyes out, which becomes especially important as people try to check out the interior of your home without scheduling an appointment.

Finding the Right Shutters for Your (Selling) Needs 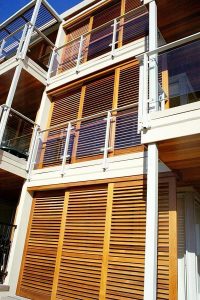 Realising that your home can benefit from shutters, of course, is only the first step in improving its value. The next step is to find shutters that actually enhance your home.

First, that means understanding exactly which of your windows can benefit from exterior shutters. The installation cost and timeline will depend on this variable, so you will want to make sure you know what you want first.

Next, choose the types of shutters you think work best – purely decorative, or with added opening and closing functionality. Decorative shutters may be all you need to improve curb appeal, but you do lose out on some of the benefits mentioned above.

For adjustable shutters, you will need to make sure that you find a product with a metal closing and adjusting system. They need to be built to withstand the elements, helping to function both in the cold of winter and the heat of summer.

Generally speaking, wooden shutters are most popular and make your home stand out the most. But of course, you can choose between various stains that match your home’s exterior and personal taste. Choose a stain that goes well with the wall colour, without blending in too well – you want them to stand out a bit.

When you’re selling your home, investing extra money can be a difficult choice. But if that investment is paid back in a higher purchase price, it becomes worth the effort. Shutters are the perfect example. If you can find products that match your needs and your home’s style, you will improve its exterior appeal, increase its value, and enhance its function for years to come.